How to Make Ginger Tea 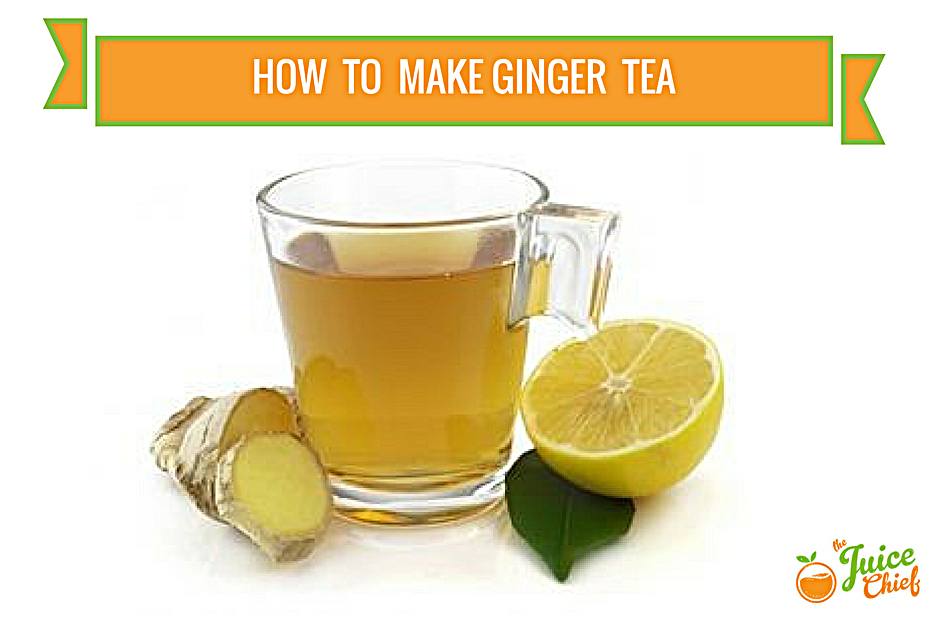 Before we endeavor to find out exactly how to make ginger tea, it’s important to answer a number of common questions associated with drinking this kind of tea.

For example: Is ginger tea good for you? For some it may be the case that they might want to know whether drinking ginger tea is safe during pregnancy? Or simply does ginger tea for weight loss actually work?

This article aims to answer many of these frequently asked questions surrounding ginger tea. We will then obviously lay out the steps required to make your very own homemade ginger tea.

Ginger is commonly used as a spice and it’s also a widely used ingredient in folk medicine. It is rich in Vitamin C, magnesium and other minerals.

When made into tea, it can provide lots of health benefits such as improving digestion, relieving stress, strengthening the body’s immune system, boosting blood circulation and many others.

Here are the 5 main health benefits of drinking ginger tea:

There have been studies attesting to the effectiveness of ginger tea in relieving nausea. The University of Maryland Medical Center cites several studies that ginger may work better than placebo in decreasing symptoms of motion sickness. One trial had 80 new sailors who were prone to motion sickness taking ginger tea. At the end of the study,those who drank the said tea had less vomiting and cold sweats than those who drank a placebo.

In 1982, the British medical journal The Lancet reported ﻿﻿a study that showed ginger was more effective than dimenhydrinate in reducing motion sickness.

Drinking ginger tea can improve digestion and enhance absorption of nutrients from food. It can also prevent bloating and belching especially after eating too much. Some people also report to have their appetite improve after drinking ginger tea.

Some studies have shown that using a gram of ginger daily can relieve gas and indigestion.

Ginger tea’s combination of strong aroma and healing properties has long been thought to be effective in relieving stress and tension. Experts say that ginger’s potent antioxidant gingerol has a lot to do with ginger tea’s stress relieving qualities.

Gingerol helps cleanse harmful chemicals that the bodies produce when one is worried,which explains why the herb can help in relieving psychological stress. Ginger tea can uplift your mood and help banish negative feelings.

Ginger has long been regarded as an aphrodisiac that can boost a man’s sperm count and help treat erectile dysfunction. It is also said to boost fertility of both men and women.

In increasing fertility in women, ginger cleanses the internal system and removes toxins from the body that may prevent a woman from having a baby. The herb also produces heat in the body that may regulate menstrual cycle. Drinking four cups of ginger tea daily is believed to increase fertility among women.

Ginger tea can boost our body’s immune system naturally because it is a potent antioxidant and it has strong antibacterial properties to kill bacteria that makes us sick. In fact, ginger contains two natural antibiotics.

What is Ginger Tea Good For?

Drinking ginger tea can, not only give you the aforementioned health benefits, but also provide relief from flu and the common cold. After all, ginger is an antiviral that can help the body fight against virus and bacteria that causes the common cold.

It also helps in stimulating perspiration which cleanses the system and brings down temperature.

Ginger also has antiseptic and anti-inflammatory qualities that can boost the immune system. Ginger tea acts as a decongestant that eases cold symptoms, and has the chemicals called sesquieterpenes that can target rhinoviruses or the most common family of cold viruses.

Ginger Tea for Weight Loss - Does it Work?

Ginger has also been linked to weight loss, and it works by improving digestion and increasing the body’s fat burning efficiency. Moreover, proponents of ginger tea for weight loss argue that the drink can hasten satiety so those who regularly drink this tea will tend to consume fewer calories.

Ginger improves digestion in two ways—increasing the pH levels in the stomach and stimulating digestive enzymes. These two effects can promote the better absorption of essential nutrients by the body.

When the digestive system is efficient in processing ingested food, it can contribute to weight loss since the non-essential parts of ingested foods can be eliminated quickly from the body.

Numerous studies have also shown that ginger can improve metabolism, helping the body burn off fats quickly. One Dutch study showed that the herb can boost the metabolic rate of the body by more than 20 percent.

Plus, drinking ginger tea can make a person feel full. By enhancing the feeling of satiety, ginger tea can prevent a person from overeating and taking in more calories that can contribute to weight gain.

There have been clinical studies that back up the claims that ginger can make a person feel full. In 2012, 10 overweight men aged 39 years old participated in a randomnized crossover study.

They were given two grams of ginger powder dissolved in a hot water beverage six hours after breakfast. They were then subjected to satiety assessments, with their blood samples taken afterwards. The researchers found that ginger had made the participants less hungry.

Is Ginger Tea Safe During Pregnancy?

Drinking ginger tea is safe for pregnant women. In fact, there have been a lot of studies showing that drinking this herbal tea can relieve “nausea and vomiting of pregnancy” (NVP) which affects roughly 50 to 90 percent of pregnant women. NVP may affect a pregnant woman’s intake of food, affect her appetite and compromise her quality of diet.

Experts have linked ginger’s effectiveness in treating NVP to its ability to prevent or expel gas. One study in Canada showed that a lot of pregnant women drink ginger tea to treat NVP.

Many pregnant women also resort to the use of ginger tablets, as reported in an article that appeared in the International Journal of Food Properties. In the said articles, women who took ginger tea and tablets were also found to have reduced risks of losing pregnancies.

However it warns that high doses of ginger may cause irritation of the mouth in pregnant women and possibly cause mild heartburn.

How to Make Ginger Tea 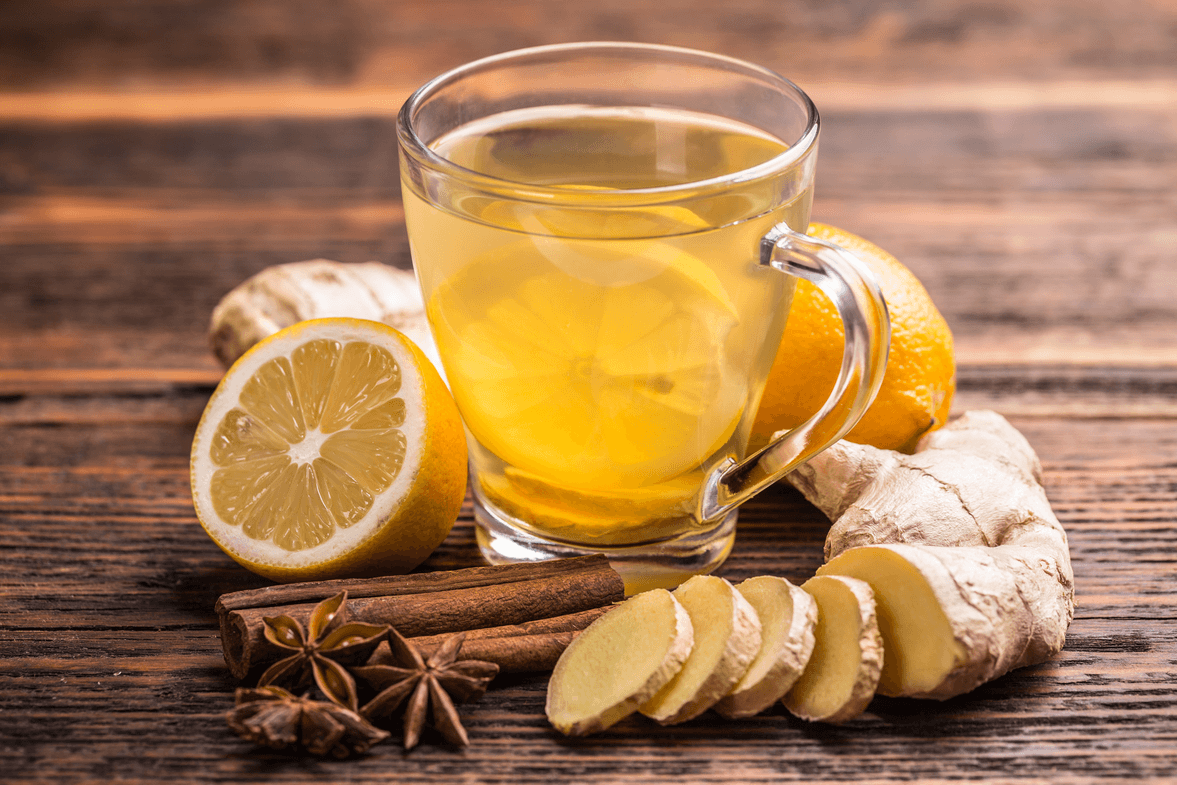 One good thing about ginger tea is you don’t need a juic﻿﻿er or spend a lot of time and money to prepare it. All you need are a few slices of ginger, honey or lime juice, kettle, and filtered water.

Preparation time is around 10 to 20 minutes.

You can make your own homemade ginger tea in four easy steps:

Where Can I Buy Ginger Tea?

If you don’t want to prepare your own homemade ginger tea, there are a couple of other options:

1) You can order a box of ginger tea bags from Traditional Medicinals by going to Amazon.

3)​ Health stores and drugstores in your area may sell ginger tea, but generally speaking you will pay less by buying online rather than going to a store.

Numerous bloggers not only drink but also encourage the use of ginger tea. Many of them promote healthy living through the consumption of organic food and drinks. Some of them are:

Jolinda Hackett is the resident vegetarian food expert at About.com. She has been a vegetarian for more than two decades and she wholeheartedly recommends drinking ginger tea. She has shopped and lived as a vegetarian all across North America, the Caribbean, and Asia. Aside from maintaining a regular blog on About.com, she has also authored six books.

​Kayla of Radiant Life Company is a registered nurse who also blogs about her latest health stories. She writes about traditional/primal recipes which sometimes includes ginger and ginger tea. Her blog also promotes the small family company that shares classic approaches to health with its loyal readers.

Dr. Rawls is a gynecologist, having practiced conventional medicine for more than 20 years. He is also the co-founder and medical director of a wellness and herbal supplement firm called Vital Plan.

​A yogi and poet, Isha Sadhguru is the founder of the Isha Foundation which is an international nonprofit, public service organization. Sadhguru is a respected speaker who has participated at some of the most prominent international leadership forums in the world like the World Economic Forum, United Nations Millennium Peace Summit,and the World Peace Congress.

GET OUR TOP 10 JUICE RECIPES FOR WEIGHT LOSS

Some of our readers used these recipes to help them lose 15 lbs in 6 weeks...

I'm as passionate about fitness and health as I am about juicing. I discovered that by juicing, helped me lose many unwanted pounds around my body, gave me much more physical energy and mental clarity to enjoy everyday life.